Cold, crisp, and classic fall weather set the stage for the 2017 Sequoia Forestry Challenge at Quaker Meadow Camp. Students worked hard to complete a forest inventory on the 23 acre site, collecting data from 36 tenth-acre plots. They compared their data to a forestwide inventory done in 2005, and could easily see evidence of mortality due to the recent 5-year drought. The Camp is working diligently to remove dead and dying trees that threaten the safety of the facility and the people in it. Once past the tree removal stage, the Camp will have some accurate data about the remaining stand.

The results below are out of a possible 250 points:

Hanford High School also won the Pacing Contest, with Dinuba and Eleanor Roosevelt coming in second and third.
Other schools at the Challenge were: Golden Valley, Porterville, and Sequoia. 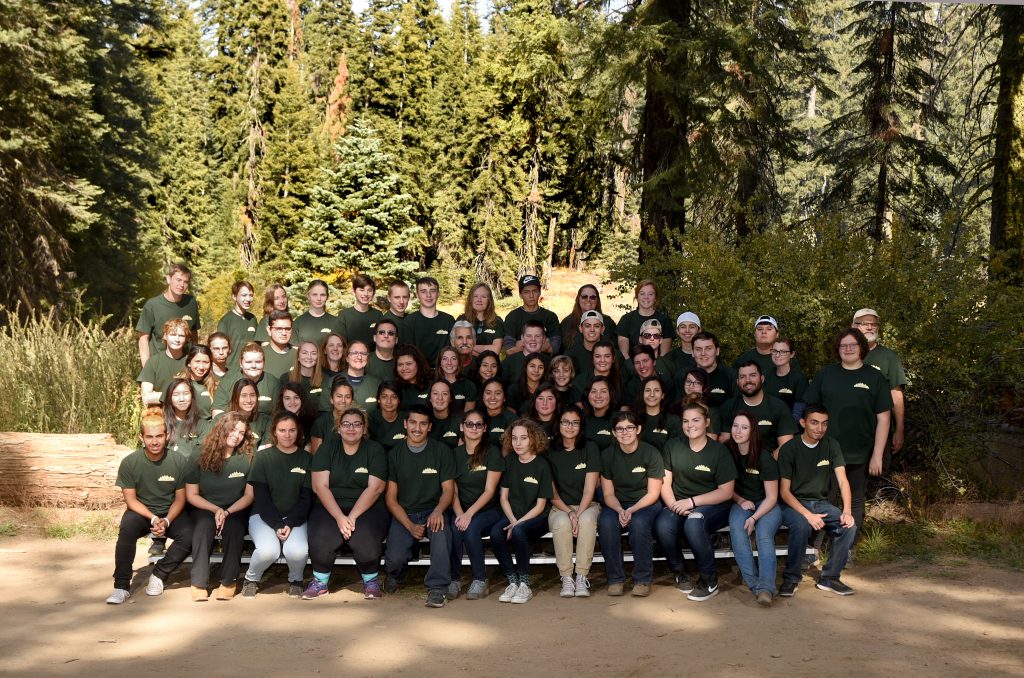